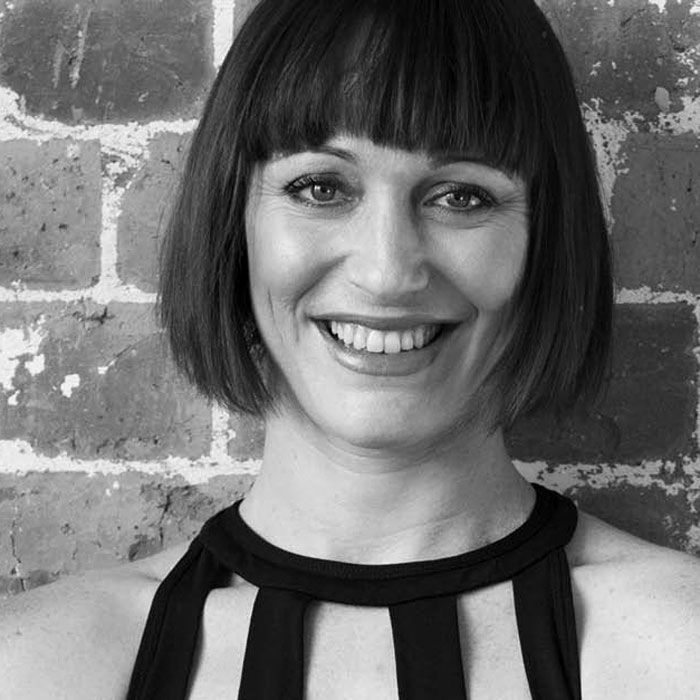 Elise May is a newly appointed Associate Lecturer in Dance at QUT. With 16+ years experience in the industry as dancer, choreographer, teacher and video/multimedia artist, Elise has worked independently in Australia and is a member of Brisbane’s Expressions Dance Company (EDC). Elise has worked internationally in China, the U.S, South Korea and Switzerland and has choreographed works for the company including ‘Written on the Body’, ‘End Up’, ‘Lumen Body’, ‘The Woman With Two Smiles’ , ‘The Man of Many Talents’, ‘Mi tradì quell’alma ingrata’, ‘Secondate, aurette amiche’ (for Mozart Airborne) and Opera Australia’s ‘Aida on the Beach’.

After completing a Bachelor of Fine Arts (Dance) at Queensland University of Technology in 2002 Elise worked with EDC’s Dance in Education Company and in 2005 Elise represented Australia in the Asian Young Choreographer’s Project in Taiwan. Elise has danced in independent choreographic works by Clare Dyson, Chrissie Parrot, Lisa Wilson and Vanessa Mafe and has collaborated with artists such as Bonemap and composer DJ Tr!p (Tyson Hopprich). Elise was also a performer in Sarah Neville’s ‘Ada’ project at the Choreographic Centre in Canberra and was also a dancer in Cheryl Stock’s 2006 interdisciplinary Brisbane Festival project ‘Accented Body’ and presented a workshop at the 2007 World Dance Alliance: Asia Pacific Bridge Conference in Singapore.

In 2009 Elise developed a self devised solo performance installation called ‘Close Proximity’ and was the recipient of a 2010 Brisbane Front Residency which gave her the opportunity to develop her interest in performance design, installation, sound and moving image. Her experimental ‘Screen Dance Laboratory’ was presented at the Judith Wright Centre in Brisbane.

Elise completed a Masters of Arts by Research at QUT in 2016, through which she created Shifting Lenses, a live performance installation investigating the use of moving image and digital media in live performance. Her collaboration with animator Paul Van Opdenbosch explored the applications of X-sens motion-capture technology in live contemporary dance performance and abstract generative animation contexts. Her interest in dance and technology collaboration led her to collaborated with sound designer and performing vocalist Michelle Xen and Paul Van Opdenbosch on a site-specific performance project ‘Lumen Body’.

In 2016 Elise was appointed the Assistant to the Artistic Director, Natalie Weir at EDC. In this role she worked to develop and build EDC’s capacity as a recognised provider of high quality contemporary dance training for young aspiring dancers through her facilitation of the Brisbane Contemporary Dance Intensive (BCDI) programs.