She was accepted into the Queensland Ballet, at 17, in 1988. She was lucky to dance a variety of contemporary and classical roles and tour nationally with the Company.

Many highlights include Juliet in “Romeo and Juliet”; Aurora in “Sleeping Beauty” and the chance to work with some of the Country’s finest choreographers such as Natalie Weir, Graeme Murphy and Garth Welch. She was also picked to compete in the New York International Ballet Competition, where she placed seventh, and performed at the Lincoln Centre in New York.

Larissa left QB in 1995 to try her luck overseas and joined the Royal New Zealand Ballet until June 1997. With Matz Skoog as Director she got to perform many soloist and principal roles such as Lise in “La Fille mal Gardee” and Coppelia in “Coppelia” as well as work with some very talented contemporary choreographers such as Douglas Wright.

Next stop was England where she joined Northern Ballet Theatre under the Directorship of Christopher Gable. Whilst there she performed, as a Principal, as “Odile” in “Swan Lake”; Mina and Lucy in “Dracula”; Esmerelda in “Hunchback of Notre Dame” and had the role of Carmen created on her in Didy Veldmans “Carmen” and performed at Sadlers Wells for the Royal family.

She returned to The Royal New Zealand Ballet from 2000 to 2003 under the Directorship of Gary Harris.

She performed many Principal roles such as Cinderella and worked with some great choreographers such as Mark Morris,  Mark Baldwin, Javier de Frutos and Christopher Hampson and performed many Balanchine pieces such as “Agon” and “Allegro Brilliante”

Upon retiring in 2003 she has had 3 wonderful, chatty children. 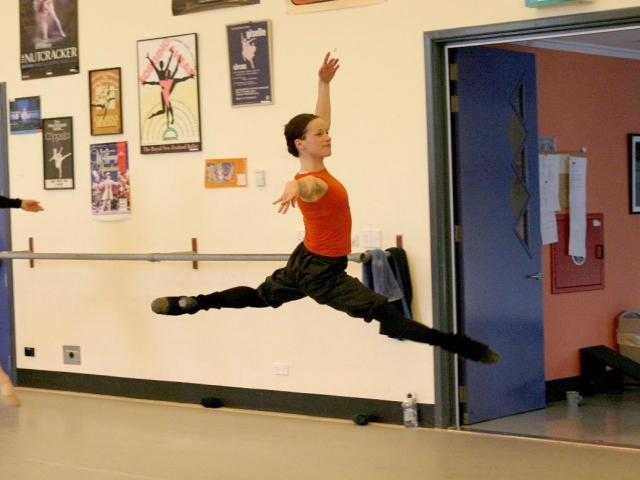