Rosetta, co-director of 2ballerinas and teacher, has had wide-ranging career as a director / choreographer and performer in dance, theatre, film and opera. An Australian Ballet School graduate, Rosetta was Principal Ballerina with The Queensland Ballet from 1982 – 1992. Rosetta has been dancing tango since 1999. 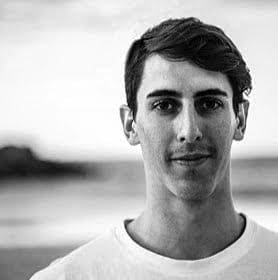 Charles is an independent dance and theatre artist, performer and teacher who has worked with a wide variety of companies 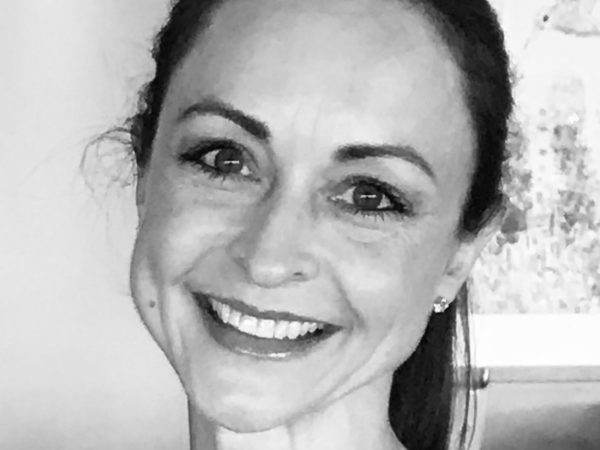 Tara has had an extensive career, including working with the Australian Ballet School and The Queensland Ballet Company, and as Programming Director for Brisbane Powerhouse. 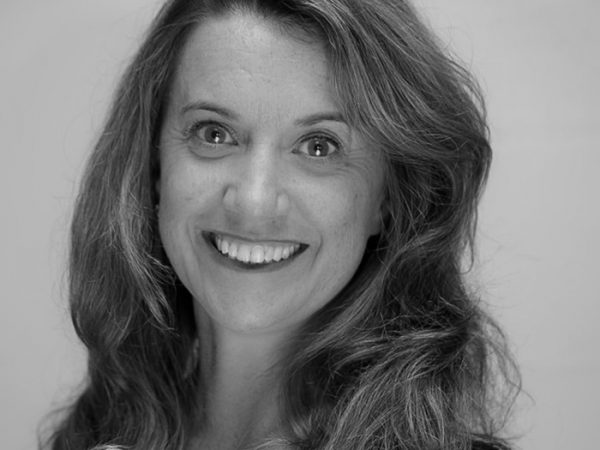 Lisa is a passionate dance teacher and before opening up her own dance studio in Sydney she taught various classes at Bangarra Dance Theatre, Sydney Dance, Opera Australia, and Newtown Performing Arts High School.

Gail’s love of teaching and performance has enabled her to enjoy a variety of opportunities to engage students in Jazz, Tap, Theatrical, Adult Ballet and Children’s Foundation Ballet. 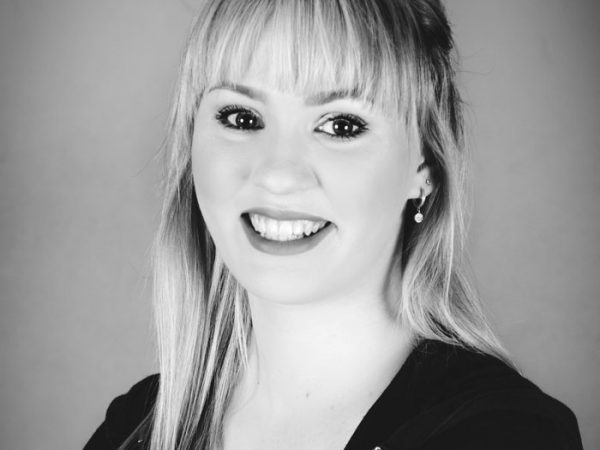 Taylor Bubb is a modern choreographer who strives to create with no boundaries. With CSTD diploma qualifications, she extends her expertise to a wide variety of students of all ages and abilities. 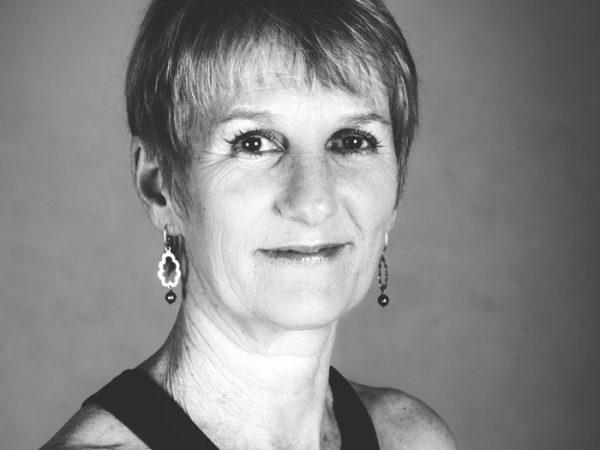 Fiona spent a year at the Centre for the Performing Arts in Adelaide before relocating to Sydney to perform with One Extra Dance Company. Fiona joined Tasmania Dance Co and was awarded 2 scholarships to study at the London School of Contemporary Dance. 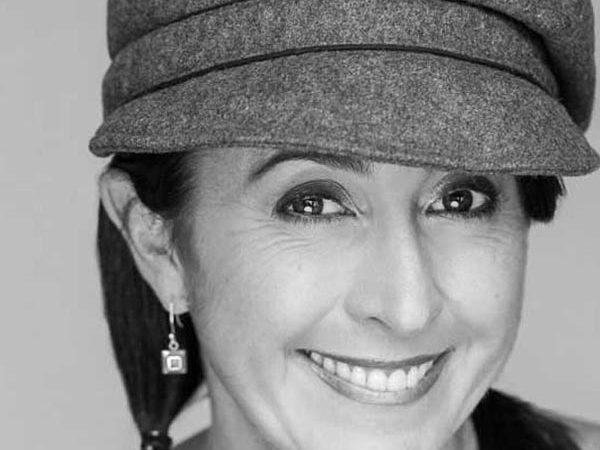 Christine Denny is the creator, CEO and director of TAPATAK OZ – the unique tap dance syllabus and mentorship programme for teachers and students that launched in Australia in 2008. 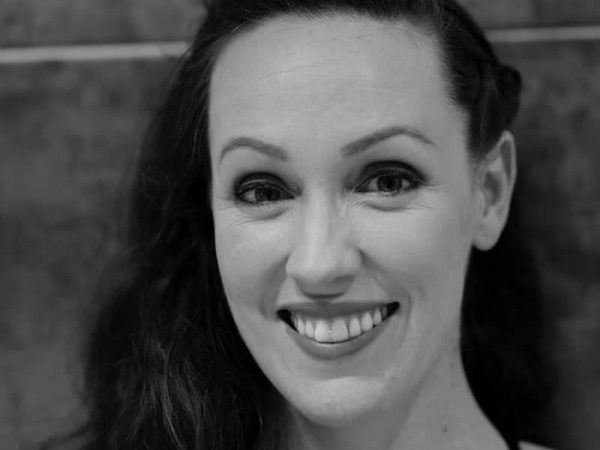 Justine began her dancing education at the age of four at the Carolyn Gilby Dance Centre, where she studied R.A.D.ballet, C.S.T.D. tap, jazz and ballet, and acrobatics. 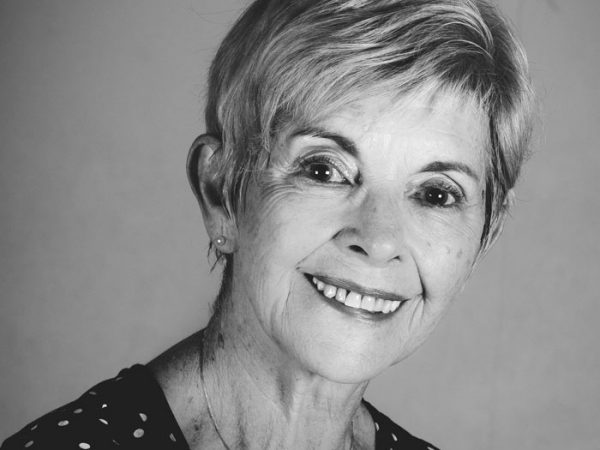 Lynette has been a teacher of classical ballet and theatrical dance since 1964, during which time she has honed her teaching skills with leading industry professionals both in Australia and overseas.

Kathleen commenced her dance training at the Karen Jacobi Dance and Performing Arts Academy in Brisbane. An inaugural member of the Queensland Ballet Junior Extension Program, she was later awarded the Partricia McDonald Memorial Scholarship. 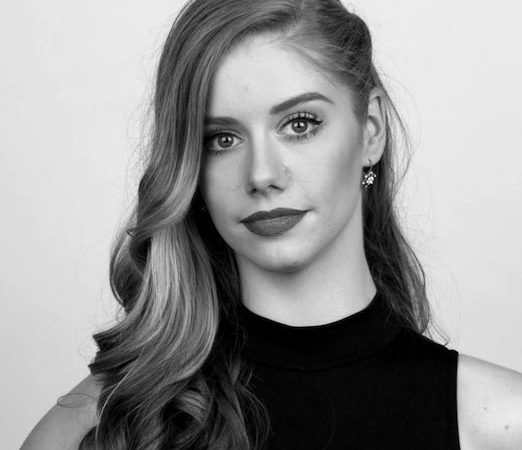 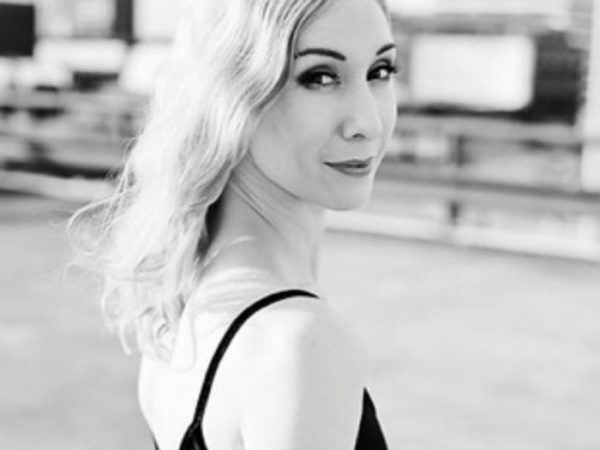 Lisa began training at age 5 at The Dance Academy in her hometown of Dubbo, NSW. She graduated from The Australian Ballet school in 1999 and pursued work in Europe.

Graham was accepted into the Queensland Ballet in 1990 and quickly moved through the ranks dancing Principal roles in “Carmen”, “Carmina Burana”, “Scherazade” and had principal roles created on him including “Sleeping Beauty”, “The Tempest”, “Bolero”, “Medea” and “Burning”.

Kim commenced her early training at the Qld. Ballet School with teachers Mary Heath and Valerie Lisner before being accepted into the Australian Ballet School at age 15.

In 1994 Natalie graduated from the Australian Ballet School with Honours and whilst studying at the school, Natalie was a silver medalist at the Asia Pacific Ballet Competition in Japan and a bronze medalist at the Adeline Genee Awards in London. 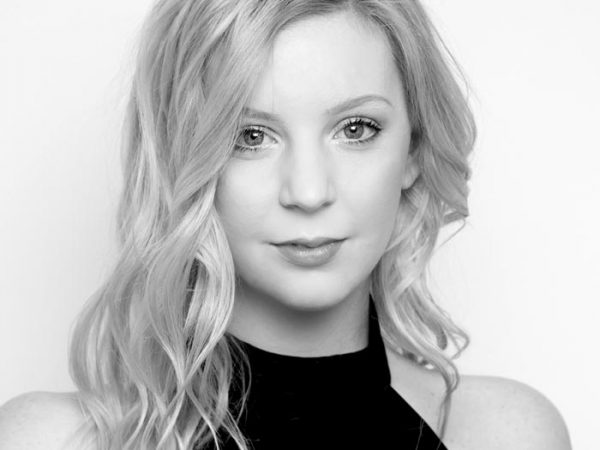 A Brisbane-based performing artist who began dancing at the age of three. She has trained in a wide variety of styles; jazz, tap and ballet, and she holds a Diploma of musical theatre.

Susan performed with The QLD Ballet as Beauty in Beauty and the Beast, and in Sleeping Beauty. Susan performed as a member of the Corps de Ballet in Queensland Ballet Company’s “Giselle”, and also worked with Graeme Watson in “Backyard and Beyond” as Lindy Chamberlain. 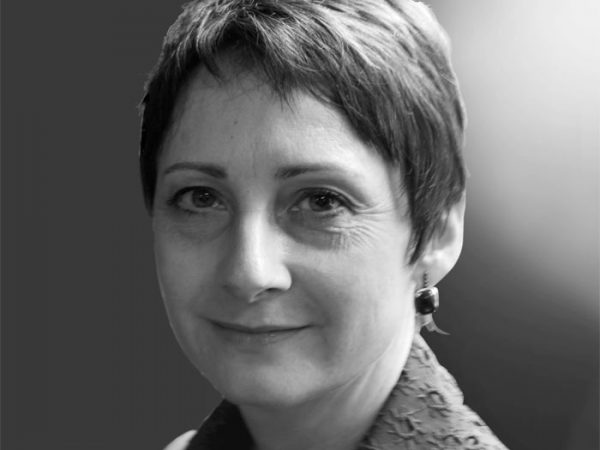 After graduating from Stuttgart Ballet School in Germany, Vanessa joined The Queensland Ballet under the direction of Harold Collins becoming a featured artist in 1985. 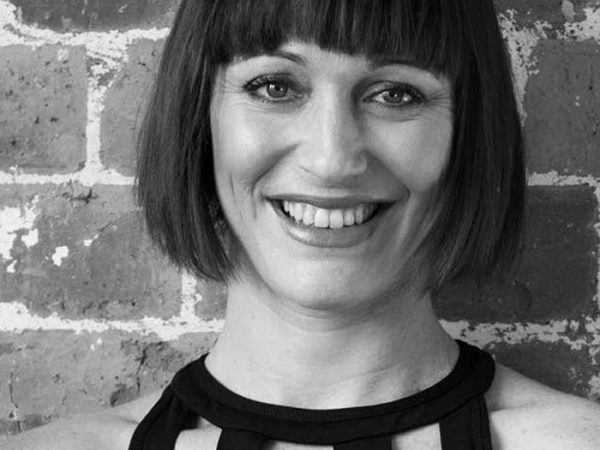 Elise is a Brisbane based dance artist who has worked independently in Australia and is a member of Brisbane’s Expressions Dance Company (EDC).

Riannon started her professional dance career with Merenia Gray Dance Company after graduated from the New Zealand School of Dance in 2000. 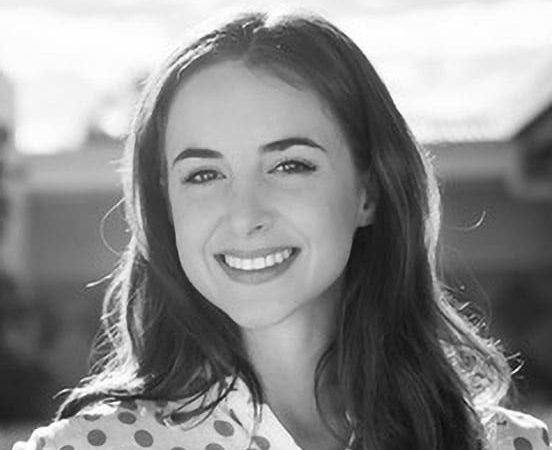 Gemma trained with Christa Cameron Ballet School, Ballet Theatre Of Australia and the San Francisco Ballet School. After working over 5 years with Queensland Ballet she has worked internationally with Universal Ballet in Seoul, Staatsoper Hannover, Staatstheatre Cottbus, Melbourne Ballet Company in addition to many independent projects. 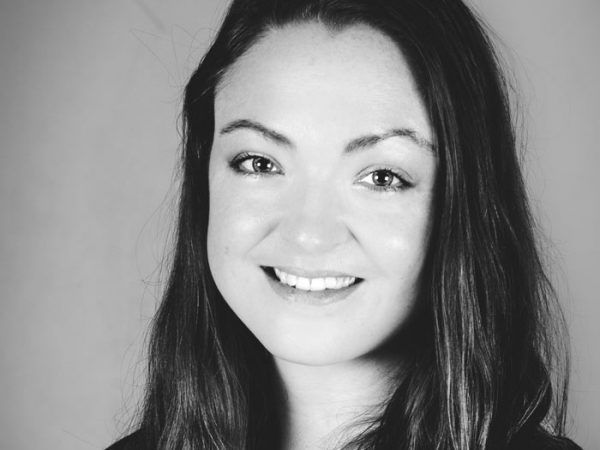 At age 15, Clare was accepted into the Royal Ballet School and moved to London to train extensively in classical ballet and complete her Diploma in Dance. 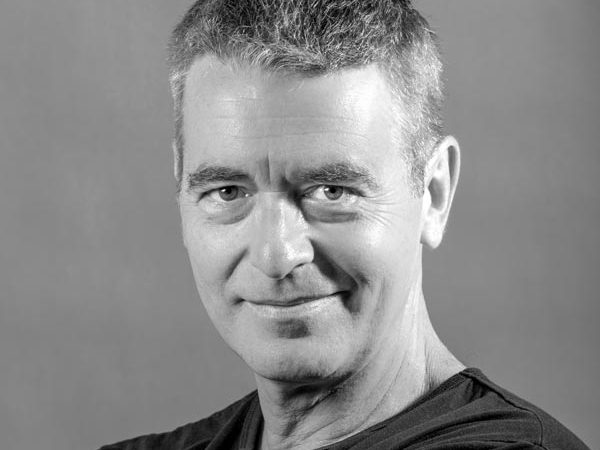 His career started brilliantly with being accepted into the prestigious Australian Ballet School in Melbourne. Dale has been a leading light in the Australian and international theatre scene spanning over three decades.

Alana Sargent was born in Gisborne, New Zealand, where she began her ballet training at the Diane Logan School of Dance at the age of 5. In 2004 she started training under the Junior Associates program at the New Zealand School of Dance (NZSD), as a precursor for her acceptance into the school’s full-time Contemporary program.

At age 16 Kitty trained at the National Ballet School in Melbourne for 6 months then at Valerie Tweedie’s in Sydney before being accepted to train at the Australian Ballet School. 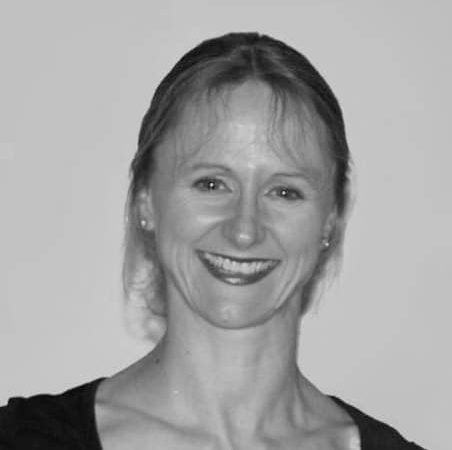 A former principal dancer, Kimberley enjoyed a long career with QLD Ballet. She taught at 2ballerinas for many years as a regular teacher and now returns as a guest teacher.

Jean graduated from the Alabama School of Fine Arts, has BFA 1980 University of Utah, Masters in 1997 VCA Melbourne University, and a Graduate Diploma in Teaching QUT 2007. She has been employed in WA Academy of Performing Arts, QUT dance program and QDSE. 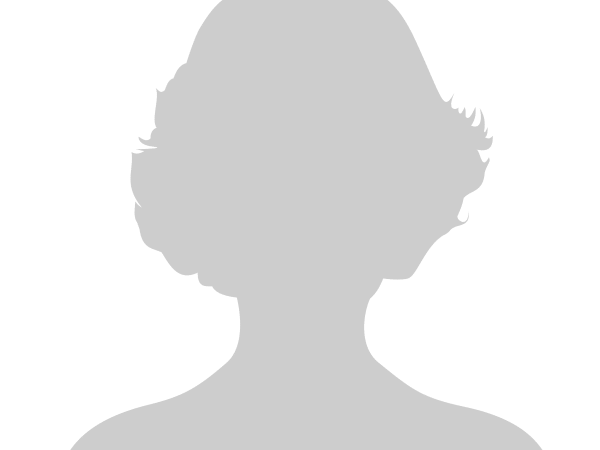 Sarah started her early dance training at the Yvonne Britain Dance Academy on the Gold Coast before attending the Queensland Dance School of Excellence where she was awarded the Partricia McDonald Memorial Scholarship. 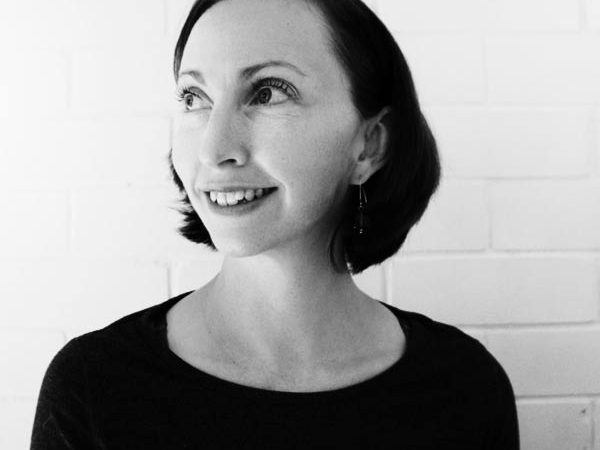 In her 18-year dance career Lizzie has performed major roles nationally and internationally, showcased works for prestigious companies and festivals, and taught around the world. 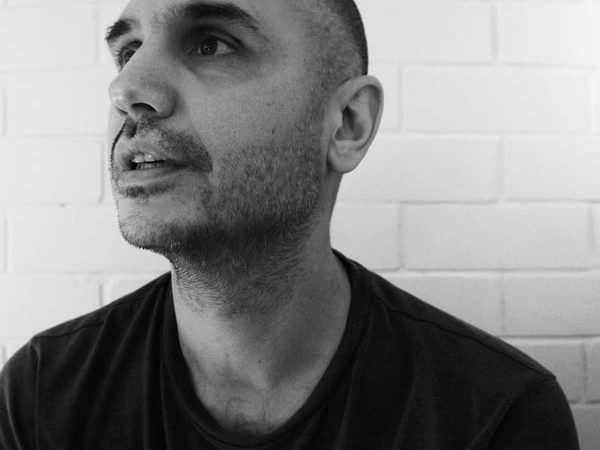 Co-founder and director of independent dance theatre company Prying Eye, whose performances were nominated for Outstanding Achievement in Independent Dance for the Australian Dance Awards. 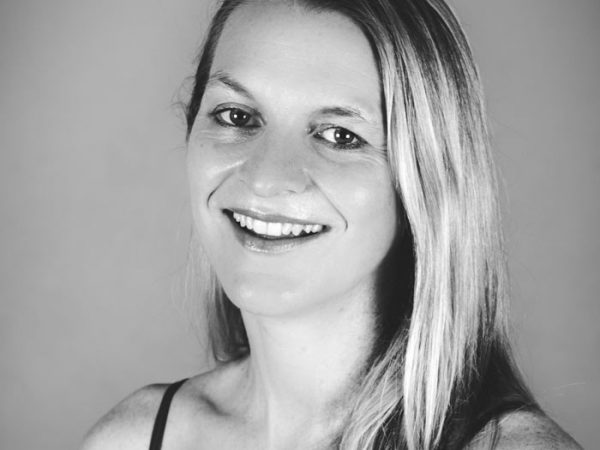 After graduating from The Brisbane Dance Centre (now ADPI) with a Diploma of Arts (Dance) and Royal Academy of Dance Teaching Certificate, Renee began her professional career dancing and performing at Movie World and in the circus-theatre show, ‘Inneuvre’ at Jupiters Casino on the Gold Coast.

After graduating from the Australian Ballet School in 1990, Tracey-Lee joined the Queensland Ballet Company in 1992 dancing many soloist roles including Merthyr, Queen of the Willis, Fanny Ceritto in Pas de Quartre & Big Swans in Swan Lake.

Anastasia graduated from the Australian Ballet School at 18 and began her career at Queensland ballet under Harold Collins, where she spent two years performing around Australia and the USA.

Catherine started her piano studies with Sydney pianist Dorothy McCormack at the Queensland Academy of Music and performed at the Bond University and Sheraton Mirage for the Young Virtuosi Concert series. She subsequently entered the University of Queensland, majoring in Music Performance.